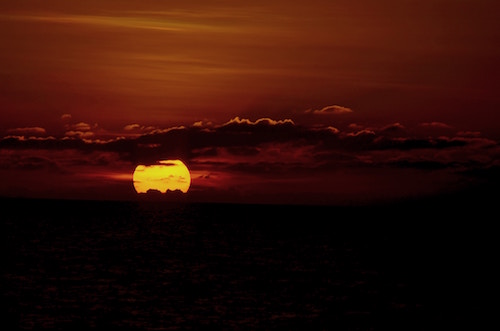 Photo by Hassan Maayiz on Unsplash

The Psychological Impact of Hibernation

On Wikipedia hibernation is described as a “state of inactivity commonly observed in the winter months. For some species, hibernation functions to conserve energy when sufficient food is unavailable.”  Typically when thinking about hibernation, one might conjure an image such as a polar bear and her young as they ascend a snowy mountain cliff to retreat into the warmth of darkness for three to four months. Being a person who is relatively new to the Pacific Northwest, I began to notice similar forms of inactivity which occur within the community when the cold sets in and the sun seldom ever says ‘hello.’  The concept of seasonal affective disorder suddenly became very real and even embedded in the fabric of ebbs and flows in the Northwest. The DSM (therapist’s manual) describes seasonal affective disorder as a condition which usually occurs with the winter months when there is less sunlight and then tends to improve with the arrival of spring.  Symptoms include feelings of sadness, loss of interest in activities, excessive sleep, feeling sluggish etc.

Upon arrival to Portland I began to encounter more and more clients who described a transient sense of sadness which intensified at the onset of the winter months and began to diminish during the spring, when sun rays are more prevalent and dreary faded greys give way to an abundance of colors.   Unfortunately, this is also a time of sneezing and allergies for some, including myself but I digress. It is no secret at this point that there is a scientific explanation for the emergence of happiness in conjunction with the sun as sunlight itself directly impacts the brain by producing more serotonin (the neurotransmitter associated with calm and wellbeing). But what can we do to avoid melancholy associated with the sedentary and isolative periods? While there may be no perfect answer, there are at least things we can do to make these periods of hibernation less dreary.

Although the thought of cuddling up near a fire or heater and watching a Netflix can be the best therapy at times, too much of this behavior can lead to internalized feelings of ‘stagnation.’  Our brains are hardwired to respond more quickly to the ‘instant gratification’ associated with a more sedentary lifestyle, However, when we increase our heart rate through movement our brain makes dopamine and adrenaline which are also associated with a sense of well being.  I’m learning that he Pacific Northwest is a great place to wander.  Hikes, rivers, cityscapes, gyms and parks are abundant and have a unique beauty in the winter times.  Exploring and figuring out what you like to do in winter that involves movement can be challenging and take some thought, but too often we become frozen in time, alone, with our thoughts.

Take a vacation and some vitamin D

Routine and structure are great concepts, but everything in balance, right? I have had multiple clients who have become rigidly adherent to their work and family schedules and simply forget to take a break or a time out for themselves. It’s uncanny how many people I’ve seen improve in therapy from simply deciding to schedule a vacation or take necessary breaks from work to be attentive to self care (I do acknowledge this is easier said than done). Having something to look forward to, especially a trip to someplace sunny, can not only disrupt the ‘winter blues’ but also remind us that the sun does still exist.  Also, take some vitamin D if you don’t already.  This is another southern myth, which becomes a reality for populations of the north.

The process of therapy and medication can help for people who are experiencing anxiety and depression which pervasively interferes with daily functioning. Part of this process is identifying maladaptive or unhealthy thoughts or patterns of thought also known as ‘schemas.’ It’s not unusual to feel a sense of dread at the thought of a never-ending winter but Winter is Coming, and we need to change how we feel about it.  There might be something you look forward to associated with winter, such as waking up to a white blanket of snow or the rhythmic sound of rain on your window lulling you to sleep. Whatever it is that makes you smile…remind yourself of these things (and revel in them when they occur).

As writer John Steinbeck once said “What good is the warmth of summer, without the cold of winter to give it sweetness.”