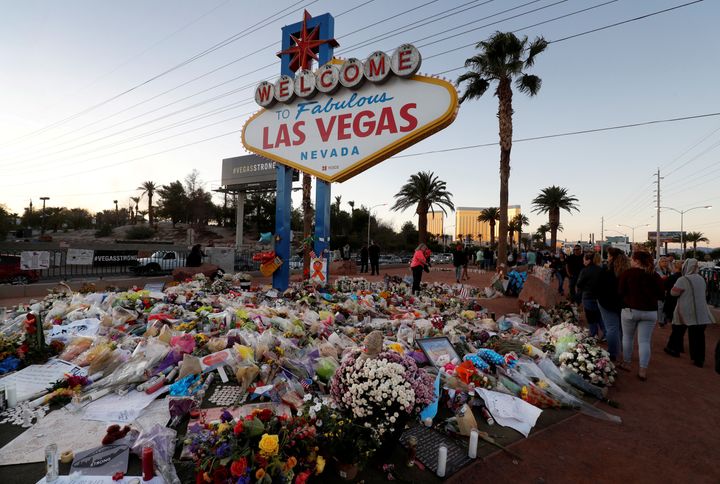 Trauma is an invisible force that surrounds us. People all around you right now could be living with trauma – though you may never be able to tell. Two of The Northwest Catholic Counseling Center’s (NCC) long time supporters, mother-daughter team Vickie and Marchelle, share about their first- and second-hand experience in the Route 91 Harvest Music Festival Las Vegas mass shooting on October 1, 2017.

We are incredibly grateful to Marchelle and Vickie for sharing this vulnerable experience with the NCC community.

After surviving the Las Vegas mass shooting, I wanted to never leave my house again. However, I know that isn’t an option, or realistic to live in constant fear of the unknown. Therefore, I sought out counseling, surrounded myself with various support groups (family, friends, work family, other survivors, etc.) and continued “praying for safety.” This has helped me cope with crisis and learn to continue living life, although a new life.

I must admit, the first few mass shootings that happened shortly after October 1, 2017, were very triggering, emotionally draining and brought on a floodgate of emotions to “fight, flight, and freeze.” The carefree person I was prior to October 1st was no longer around, and I had to learn to grieve the person I once knew.

What I am going to share is what I have found to work best for me, but that may not be the same for everybody who finds themselves coping with crisis. For me I have to minimize “screen time” both on social media platforms and watching the news. I also tend to check in on my family that survived with me, along with my other “family members” who are Route 91 Survivors. This helps remind me that “I am not alone” in my thoughts, emotions, feelings, worries, triggers, nightmares, and insomnia. Nightmares, along with insomnia, come up the most with re-exposure to mass shootings. The insomnia comes from my fear of going to sleep due to nightmares.

Lastly, what I have found that works for me is a form of expressive art therapy – writing poetry about my experience:

My daughter Marchelle, my niece, and three other people close to me are survivors of the Route 91 Las Vegas mass shooting. It was a horrific, terrifying night that we all survived, but its effects remain, and still “pop up” from time to time. When I hear on the news there has been another shooting it stops me in my tracks, it brings me back to that night, it brings me to tears, I am terrified, I am speechless, I am stunned, I am so overwhelmingly sad it sometimes makes me nauseated. I feel overwhelming sadness for the families and the innocent victims, whose lives are taken simply because they happened to be in the wrong place, at the wrong time.

I somewhat know their terror, and it’s debilitating. Then I remind myself that our girls are okay, we’re all okay, we all survived. When there’s another shooting, I usually call my daughter to tell her “there’s been another shooting” because I want her to be prepared when she sees it flash across the screen, on TV, social media, or on her computer. After months of counseling and support from family and friends, my daughter has resumed her life, which is comforting, exciting, and terrifying, all at the same time. I want her to live her life, to soar, to enjoy life with her friends on their various adventures, and to have a good time, but while she’s out doing these things I live in terror, I pray to God almost every minute she’s gone, then I thank God for her safety, for another day. It is a happy/sad situation, to which there seems to be no answer.

Marchelle has been connected with NCC since 1999 in various roles. She is currently a graduate intern at NCC, completing her Master’s degree in Clinical and Mental Health Counseling at George Fox University.

Vickie is a long-time volunteer, supporting NCC in the office and at fundraising events, including the Circle of Strength Women’s Luncheon and the Community Block Party.

Open Letters to Those Considering Suicide