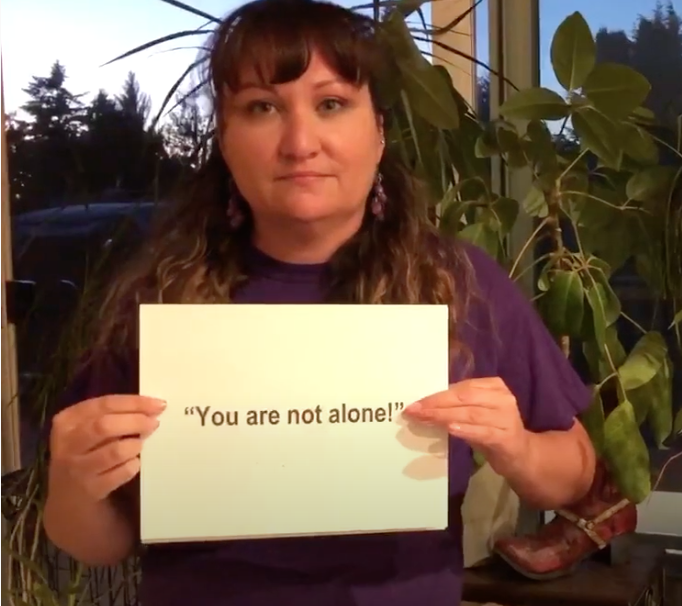 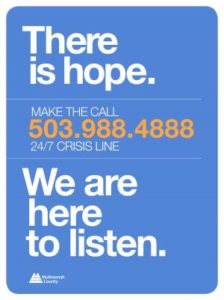 For the last thirty years, suicide rates in Oregon have been higher than the national average. In 2018, 800 people died by suicide in Oregon (Oregonian, 2019). In honor of Suicide Prevention and Awareness Month, two of The Northwest Catholic Counseling Center’s (NCC) supporters, Vickie and Marchelle, share their experience of a close friend who died by suicide. Both are in letter format to those considering suicide and showing what it’s like for those left behind from the loss of a loved one.

We are incredibly grateful to Marchelle and Vickie for sharing this vulnerable experience with the NCC community.

I really connect with music! As country musician Luke Bryan sang “when I got the news today, didn’t know what to say, so I just hung up the phone.”

That phone call is something I will never forget in my life: Tuesday morning, 6:58 AM in April 2016, I was just pulling into work to park and clock in at 7:00 AM. I got the phone call from your older sister “checking in on me.” And, I remember being so confused. I even said, “you’re joking! He can’t be dead.” But I instantly knew, nobody would joke about such a thing. However, to me you were the LAST person I would have ever expected to die by suicide. And since then, literally, my whole life has changed. 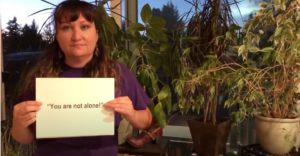 I work so hard to include your memory in as many gatherings with our friends, whether it be a song you loved, sharing a picture, telling stories, cooking something you would have brought, having a drink you loved available, and the list goes on. Because, I don’t ever want you to not be included!

Preparing to speak at your funeral was again, one of the hardest things I have ever had to do. It chokes me up now just thinking about it. I spent the first few months in a “zombie state of mind” with little sleep, just trying to get by from point A to point B. I reread our messages, looking on your social media pages, replayed our last few conversations, thinking, “I missed something! A cry for help. A warning sign. SOMETHING!” And I still to this day come up empty.

I have often wondered what your final moments or thoughts were, and I just hope you felt at peace and no pain. And, I realize I will just never know the answers to the many questions I have. And if I could, I’d wish, as Diamond Rio sings:

My daughter has a group of childhood friends, from grade school and middle school, that have been friends for almost thirty years. I’ve watched them grow up for the last 25+ years, I’ve been to most of their weddings, even helped with some of them, gone to the baby showers, and held their precious babies. They’ve spent countless hours in our home (and still to) for birthdays, holidays, wedding preparations, “just for fun” days, and sadly for “death and funeral” days.

Death, unfortunately, is part of life, but some of the hardest deaths to reconcile with are deaths by suicide. You never get an adequate answer to all of the “Whys” and “What If’s.” And no matter how much you cry, pray, plead, or try to bargain, nothing changes. Death is death, it is permanent, no bargaining accepted. 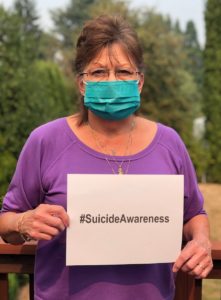 When one of the kids from this group of childhood friends ended his life, four years ago, I wonder if he had any idea of the heartbreak or anguish that he’d leave behind? I don’t think so. The person we knew would not intentionally cause pain or harm to anyone. Perhaps he didn’t realize how much he meant to those who loved him, or, perhaps he didn’t realize how devastating the heartbreak and pain of his death would be for his family and friends? I don’t know. But I can attest to the fact that the heartbreak and pain of suicidal death is devastating for the survivors. It’s an almost unbearable pain that leaves everyone shattered and broken, and filled with guilt, blame, remorse, horror, disbelief, anger, and overwhelming sadness.

He is so missed… his smile, his laughter, his jokes and pranks, his vitality, his charm, everything about him. Sometimes, I’ll hear a song that makes me think of him and it brings me to tears, it stops me in my tracks, I am overcome with grief, sadness, and I actually feel real pain in my heart. The sadness is overwhelming. I have to stop, I sit down, and I cry. I cry for his parents and his sisters, for his family, for his pain and turmoil, for my daughter, for her friends. I wish I could take away all of the pain and heartbreak, but I can’t.

I’ve found one thing that I can do is to support mental health and suicide prevention programs, in hopes of helping to stop future pain and heartbreak for others. And for us, I try to keep his memory alive and make sure that he is not forgotten. So, we celebrate him at the group gatherings in our home, we toast him, we say “Cheers, Happy Birthday, have a good year,” but it’s not the same. He should be here still. Cole Swindle’s song says is perfectly:

“It’s perfect outside, it’s like God let me dial up the weather. Got the whole crew here, I ain’t seen some of them in forever. It’s one of those never forget it, better stop and take it in kinda scenes. Everything’s just right, yeah, except for one thing. You should be here…cutting up, cracking a cold beer, saying cheers, hey y’all, it’s sure been a good year. It’s one of those moments, that’s got your name written all over it, and you know that if I had just one wish, it’d be that you didn’t have to miss this… aw, you should be here.”

Marchelle has been connected with NCC since 1999 in various roles. She recently graduated from George Fox University with a Master’s degree in Clinical and Mental Health Counseling, and is a clinician at NCC.

Vickie is a long-time volunteer, supporting NCC in the office and at fundraising events, including the Circle of Strength Women’s Brunch and the Community Block Party.